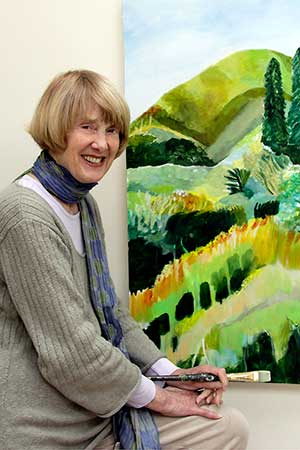 My Art has always been and remains a process of self discovery. My paintings, at times narrative in scope, are patterned and playful. They relate to events in my life and have been described to "evoke a special magic in the true life stories they tell and in the strength and fragility they reveal.” My inspiration comes from the Fauves, especially Matisse, as well the German Abstract Expressionist Max Beckman and Mexican Muralist Rufino Tamayo, along with the California figurative painters. I started working with watercolors in 2000 and many of the works were painted during the winters in Tucson, Arizona, where I go to various sites and work plein air. In 2001, I started working with collage and mixed media, using torn up pieces from old paintings, photos, varied papers, found objects; bringing together fragments of former art work, to create new images. In 2010, I discovered encaustics which allow me to incorporate all my mediums either separately or together in a smooth or textural field of wax, creating a sense of timelessness and history to these works. I am fascinated with the process and continue to experiment with new techniques. I feel connected and in the moment when I am working. My life is in my art.

Sarah Whitecotton majored in painting at the University of Miami under the tutelage of Eugene Masson. She received her B.F.A. at the University of Oklahoma where she won several commendations in painting and one of her award winning works is owned by the University Museum. She moved to California in the late 1970's and trained herself to become left handed after fracturing her right wrist. After that, her paintings became more controlled, patterned and detailed with many layers of paint. She also began experimenting with collage using found objects, various papers and torn pieces of her discarded art work. Influenced by the major 20th century art movements which had a significant influence in her development as a professional artist, Whitecotton developed a strong individual style which was largely narrative in content and scope.

In the 1990’s she lived in Sebastopol, CA, and it was during that period that the California Figurative painters became a strong influence in her painting. Since 2007, she has resided and worked in her studio in the East Bay. She has also spent many winters in Tucson, AZ, painting scenes, often plein air, of the Catalina Mountains. The rest of the year, she works in her studio in Albany, CA. In 2010, she began working with encaustic, learning various methods that she incorporates in multiple layers of wax to create varied effects. This ancient technique has become a new and exciting expression resulting in new works with fascinating textures and imbued with a sense of mystery.

Whitecotton belongs to Magpie 7 Arts, a group of Bay Area professional artists who collaborate on art sharing and showing. In addition to group and solo exhibitions, she shows on a regular basis in East Bay Pro Arts Open Studios. 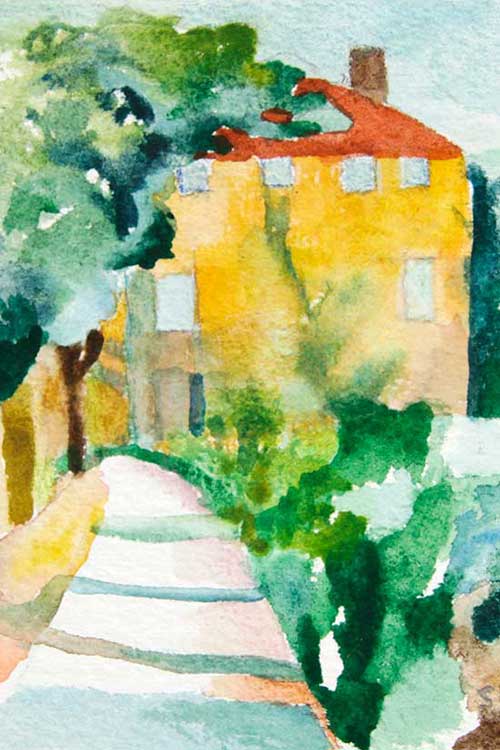